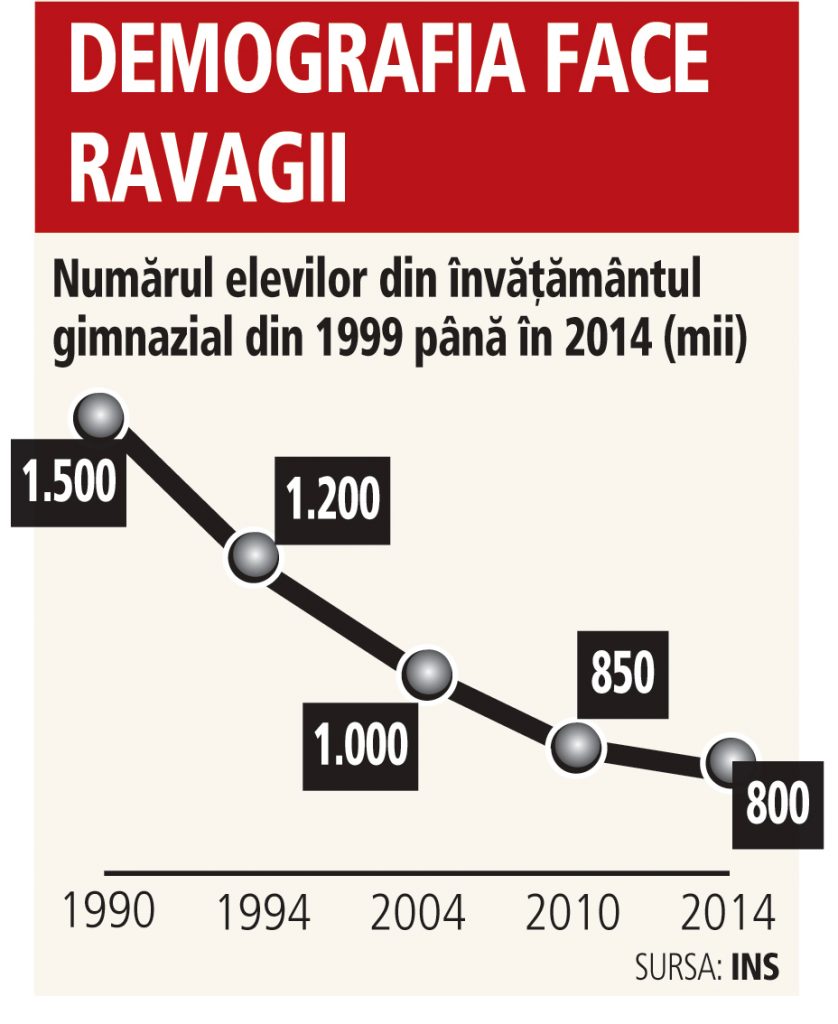 “The school population (excluding higher education) decreased by 1.4 million pupils from 1990/1991 to 2013/2014, which represents almost 30% of the school population in 1990/1991. The main factors that have led to this reduction are the drop in birth rates, emigration and school dropout, “shows a report by the Court of Auditors analyzing the situation of Romanian education in terms of Romania’s commitment to the Europe 2020 strategy.

And the report concludes: the distance is enormous and there does not seem to be any chance that the proposed targets will be achieved, on the contrary.